Public nudity is becoming more and more often, or at least I stumble on such things way more often than before. This time there was a spicy hot naked girl doing some artistic dance in the street, with a big crowd all around her, mainly consisting of senior citizens. That naked youngster is very athletic and she did some hot moves while dancing and showing off, but I couldn’t help not to notice the reaction of older people in the crowd. Fat women were jealous as fuck while watching her tight and smooth young body and older men were watching her like they want to devour her. 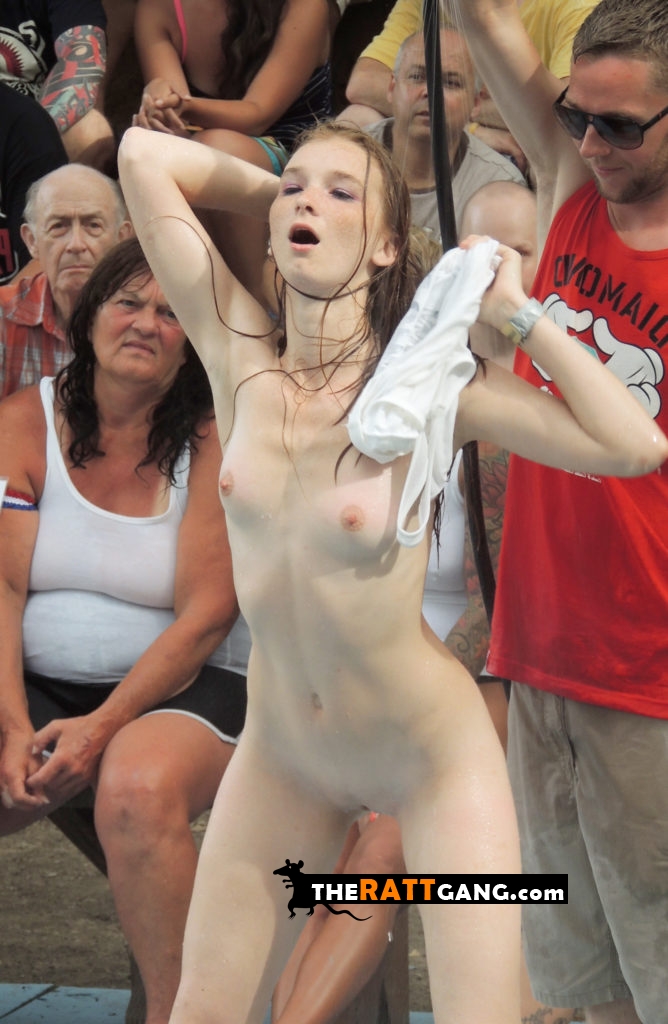 I’m wondering if I can find some facebook groups where these kinds of public nude performances are organized. I’d try to put the Ratt gang in there as organizers or something. Could be a nice way to get in touch with such girls that are brave enough to undress in front of a big crowd. I could even volunteer to fuck her as part of the performance, it wouldn’t be a problem for me, specially if she looks as good as this one on the picture above. Look at that tight little pussy and tell me you wouldn’t want to feel that on your dick.